Those of us who knew Eric well find it hard to believe that he died in 1980, and it comes as a shock to realise that many sailing today were not even born then. So, asking forgiveness from those who are of a more mature generation, we will first answer the question – who was Eric Twiname ? 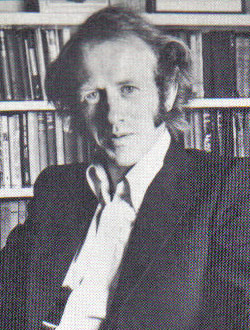 He was a rare individual who excelled at many things. He was a brilliant pianist, cellist, a qualified pilot, a prolific writer of books, articles and plays, and above all a superb sailor. Born in Workington, Cumbria, he was taught to sail at an early age by his father on Bassenthwaite in the Lake District. He became Captain of his University Team and then Captain of the British Universities Sailing Association, with whom he team-raced in Europe and the USA during the Sixties. In addition to winning many championships in GP14s, Lasers and International Canoes, he also had a profound influence on the administration of sailing, especially in the area of the Racing Rules. During his life in London he worked, mainly freelance, as a yachting journalist and also successfully writing radio plays for the BBC. He committed his ideas on dinghy racing to a wider public with “Dinghy Team Racing”, published in 1971, “Start to Win” in 1973, and “The Rules Book” in 1977 – a revised version of which is still a popular publication. He was also one time Editor of “Dinghy International” Magazine. He served on the Racing Rules Committee of the RYA and in 1976 was appointed as Racing Rules adviser to the British Olympic Team; he went with the team that year to Kingston, Ontario, for the Olympic Regatta.

And Eric’s skill on the keyboard was legendary. With a little encouragement he would give huge entertainment to competitors and colleagues on any convenient clubhouse piano.